Licensing in Timor-Leste (East Timor) is now very straightforward indeed. It is still not widely known, but in 2008 Timor-Leste adopted the ‘Class Licence’ system, based on the Australian model. The “Instruction manual for filling AT applicant notice form”, available on the ARCOM (Timor-Leste licensing authority) website, states: “In accordance with the Class License Overseas Amateurs Visiting East Timor, 2008 Overseas Amateurs could operate an amateur station up to 90 days from their arrival to Timor-Leste without applying for Amateur License.” 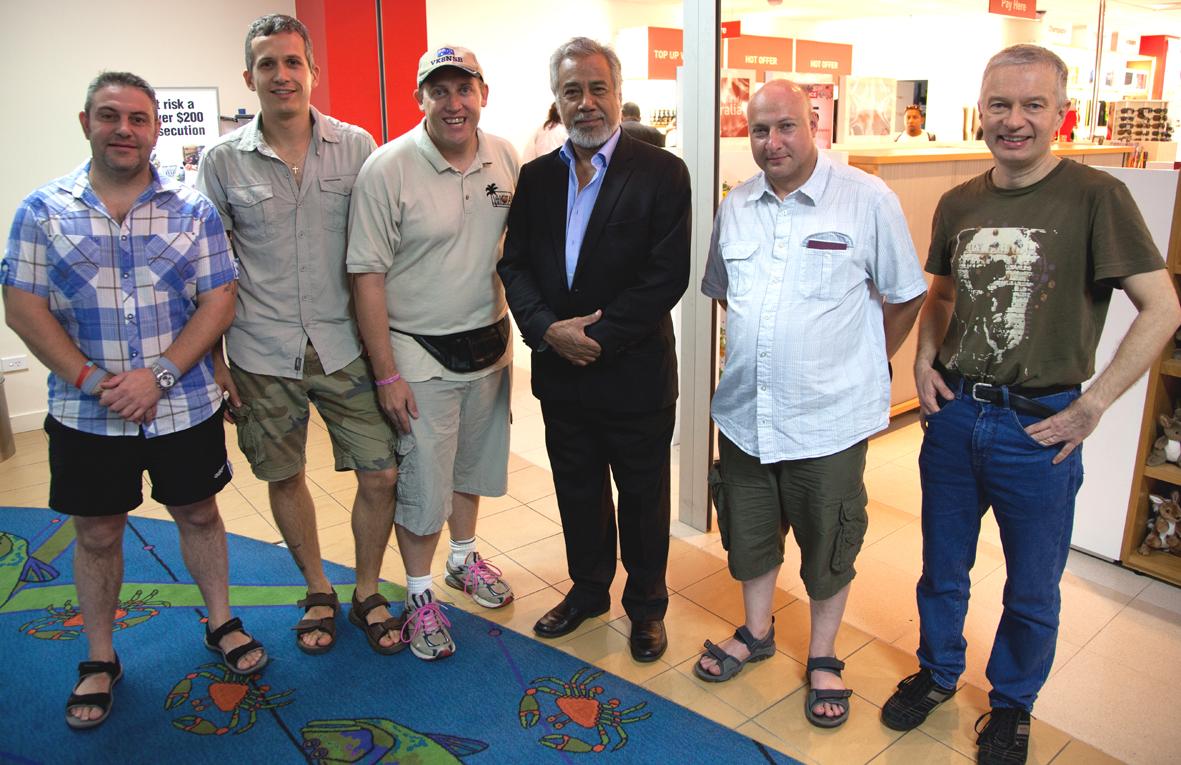 What this means in practice is that any amateur can operate as 4W/own call (or own call/4W – it is not clear which standard ARCOM favours) without even having to apply for a reciprocal licence at all.

However, for this DXpedition we wanted to use a ‘proper’ 4W callsign and so three of the team members put in applications for full Timor-Leste licences, each with a choice of three requested callsigns. Here, we must thank Geoff Williams, 4W6AAD, an Australian amateur working in Dili, who took time out of his busy schedule to take our applications personally to the ARCOM office, chase up progress and, eventually, collect the completed licences for us. This whole procedure took several weeks but eventually we received our individual callsigns. We were particularly pleased that a single-letter suffix was issued for us to use on the DXpedition.

The licences were issued free of charge and are valid for one year. 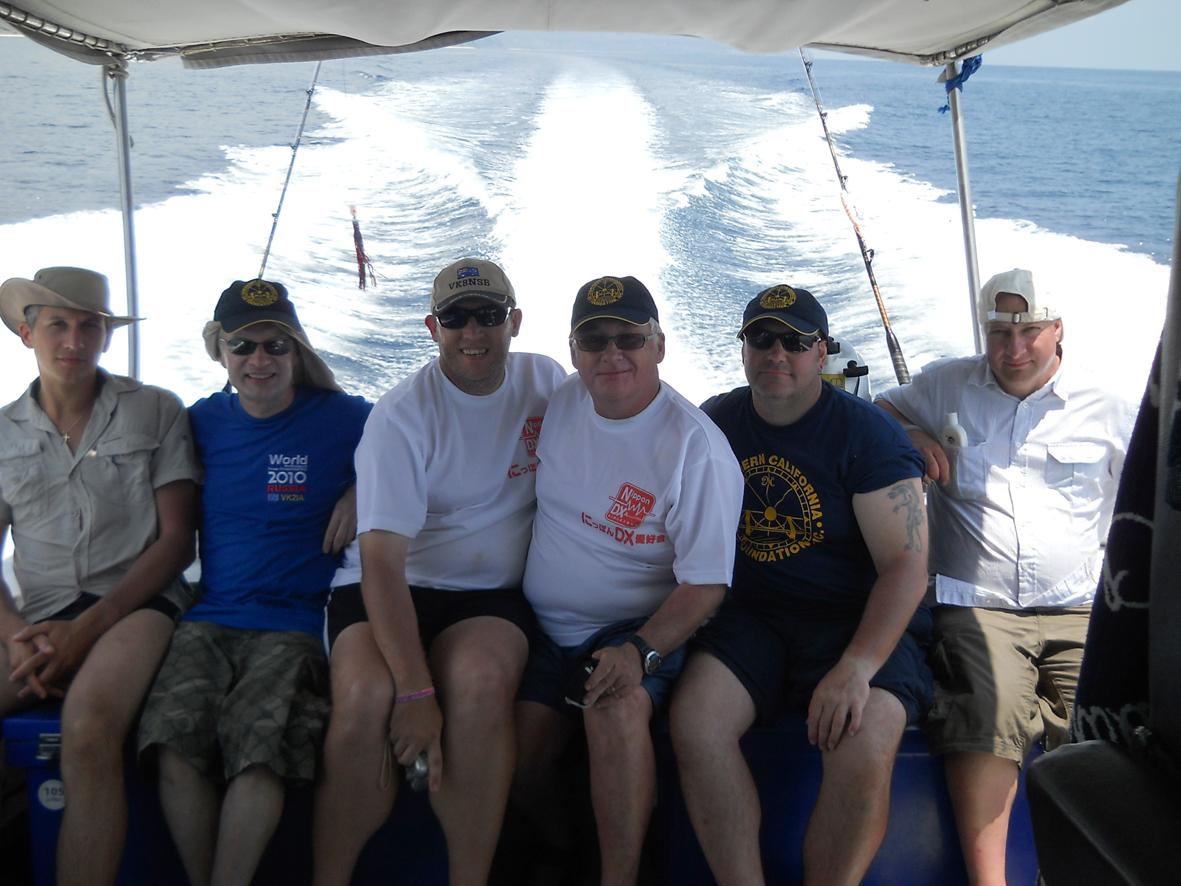 Two main factors influenced our choice of location. Firstly, we had heard from several amateurs that downtown Dili had high levels of electrical noise, so we wanted to be well away from the town centre. Secondly, since we planned to use mainly vertical antennas, we wished to have access to a beach so the antennas could be located within a few metres of the ocean, thus providing us with extra low-angle gain. Although Dili is located on the north coast of the island of Timor, the main east-west road runs right along the coast, and all accommodation is on the ‘wrong’ (landward) side of this road. It would be impossible to put antennas on the beach if we were located in Dili. 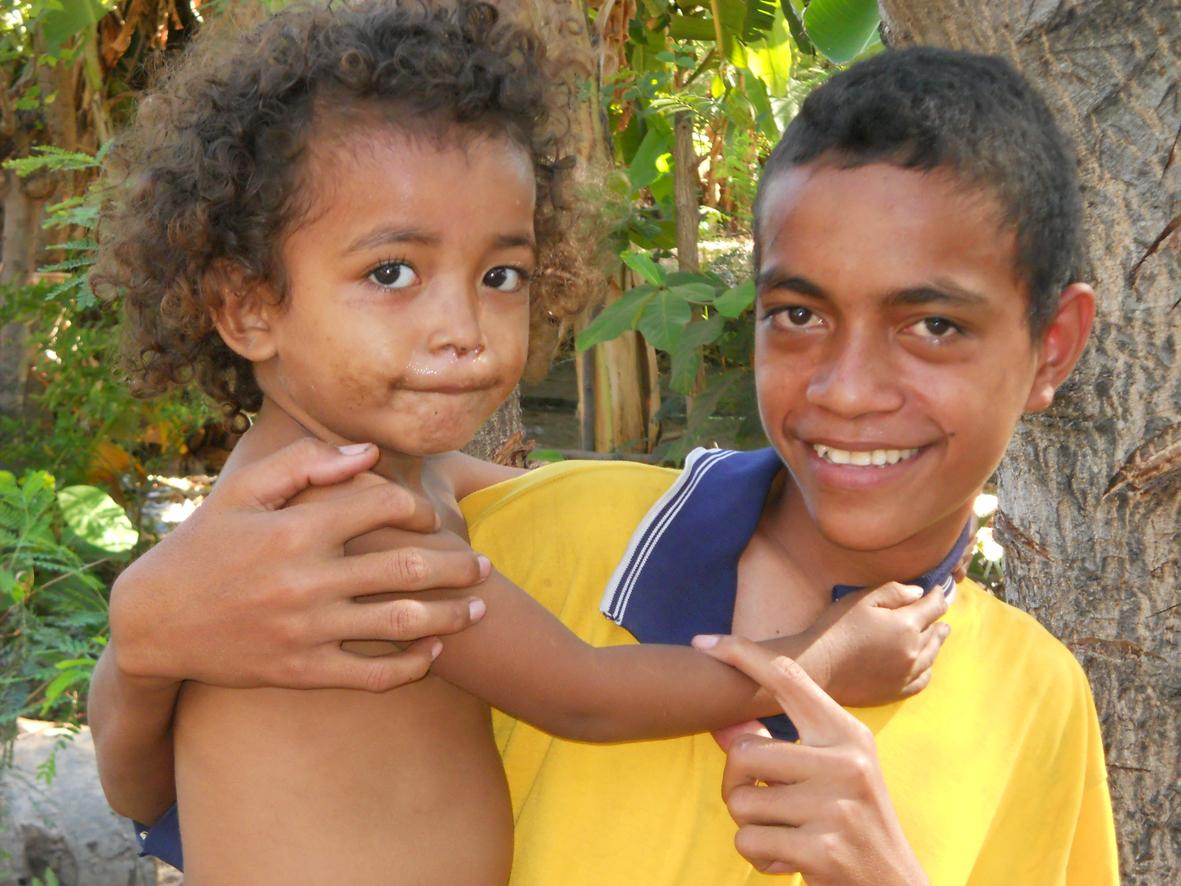 We therefore looked at the island of Atauro and quickly found that it ticked all the boxes. Firstly, there was no mains electricity at all on the island, so we figured it should be electrically quiet. Secondly, the only accommodation available to visitors on Atauro, a small ‘eco lodge’ known simply as ‘Barry’s Place’, offered 150 metres of ocean frontage, allowing us to line up all our antennas along the beach at the high-tide mark.

From an amateur radio point of view, Atauro Island also had the advantage of having a separate IOTA reference from the main island of Timor. OC-232 had only been activated once before, by 4W6GH/P way back in July 2000, and had been claimed by only 17.9% of IOTA chasers prior to our operation.

Barry, the owner of the lodge, is an Australian married to a Timorese lady, and they could not have been more helpful. We were accommodated in two two-storey wooden chalets. All four stations were on the ground floor of one chalet, with one bedroom above. Four of the operators slept in the other chalet, while two operators opted to sleep in tents (also supplied by Barry).

The accommodation at Barry’s Place is basic but quite comfortable. There is a shared ‘eco-friendly’ composting toilet and an adjacent shower room. Known as a mandi, this consists of a tub filled by a natural spring, from which you scoop water over yourself. Later in the day the temperature of the stored water had risen somewhat, but at 6.30am the mandi might best be described as “invigorating”.

Our hosts, Lina and Barry, outside their home at the lodge

With no mains electricity, illumination in the shack and elsewhere is by solar lighting. This is not designed to operate continuously throughout the 12 hours of darkness though, and the lights would simply switch off at around 3.00am when they ran out of stored energy. From then until sunrise, all operating was done entirely with the light from laptop screens.

The disadvantage of operating from Atauro Island was that since there was no mains electricity we had to hire generators. We hired two Honda 3kVA petrol (US: “gas”) generators in Dili at a cost of $1200 (the US dollar is also the currency of Timor-Leste).

There is a passenger ferry which runs between Dili and Atauro once or twice a week at very low cost. This is used mainly by local people to go to the weekly market on Atauro. There is also a ‘water taxi’ which runs when required but, with seven operators, around 600kg of equipment, plus the generators, it was too small for our use. We therefore had to charter a larger boat to take us to and from the island. We made arrangements for generator fuel to be sent on the water taxi when required. Petrol cost $1.90 per litre, three times the amount of petrol here in Malaysia. 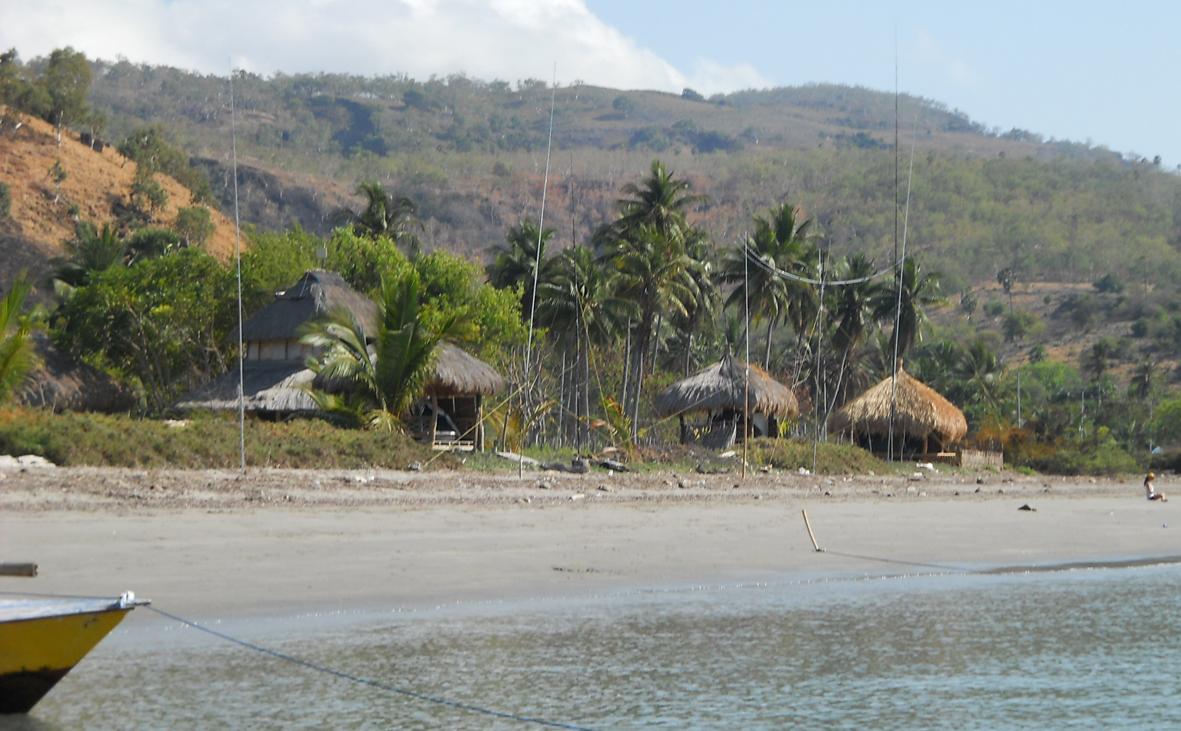 One of the main reasons for choosing Atauro Island as the DXpedition location was that with no mains electricity we assumed there would be no electrical noise. Wrong! Imagine our surprise, not to say disappointment and even shock, when we first turned on the rigs and heard S9+30dB noise across the whole of 160, 80 and 40 metres!

Where could this noise possibly be coming from? It was too late to investigate on our first night, so we operated on the higher bands plus made a few QSOs with the strongest stations through the noise on 40m. Late in the night, the noise disappeared but the following day it was back again.

It took two days to track down the source of the noise. It turned out to be a Chinese-made mains inverter that Barry used from time to time to power a 220V fridge, freezer and satellite television from batteries. Grounding the inverter helped a little, but 160m was still completely unusable. Barry was as helpful as could be and agreed to switch off the inverter and use his generator instead. What a great host!

With 160 and 80m now quiet apart from the occasional static crash, we thought the local QRM problem had been solved but, the next evening, just as the East Coast of North America was being worked on 160m, a strong ‘buzzing’ noise came up on the band. This continued until after 11.00pm local time, and then went off. The next day we discovered this was the mains-powered television which was now running off Barry’s generator.

This, and an earth noise loop from our own equipment, continued to plague 160 and 80m operations for the whole DXpedition: the noise situation was what might be expected in a large city but not on a remote island with no permanent electricity supply! 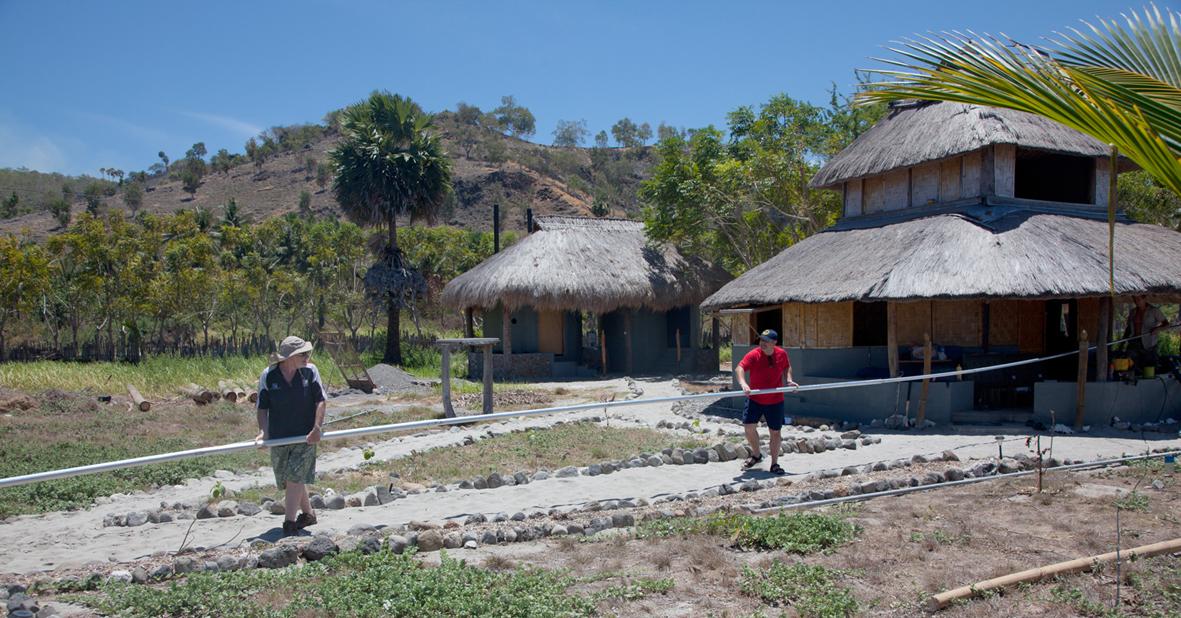 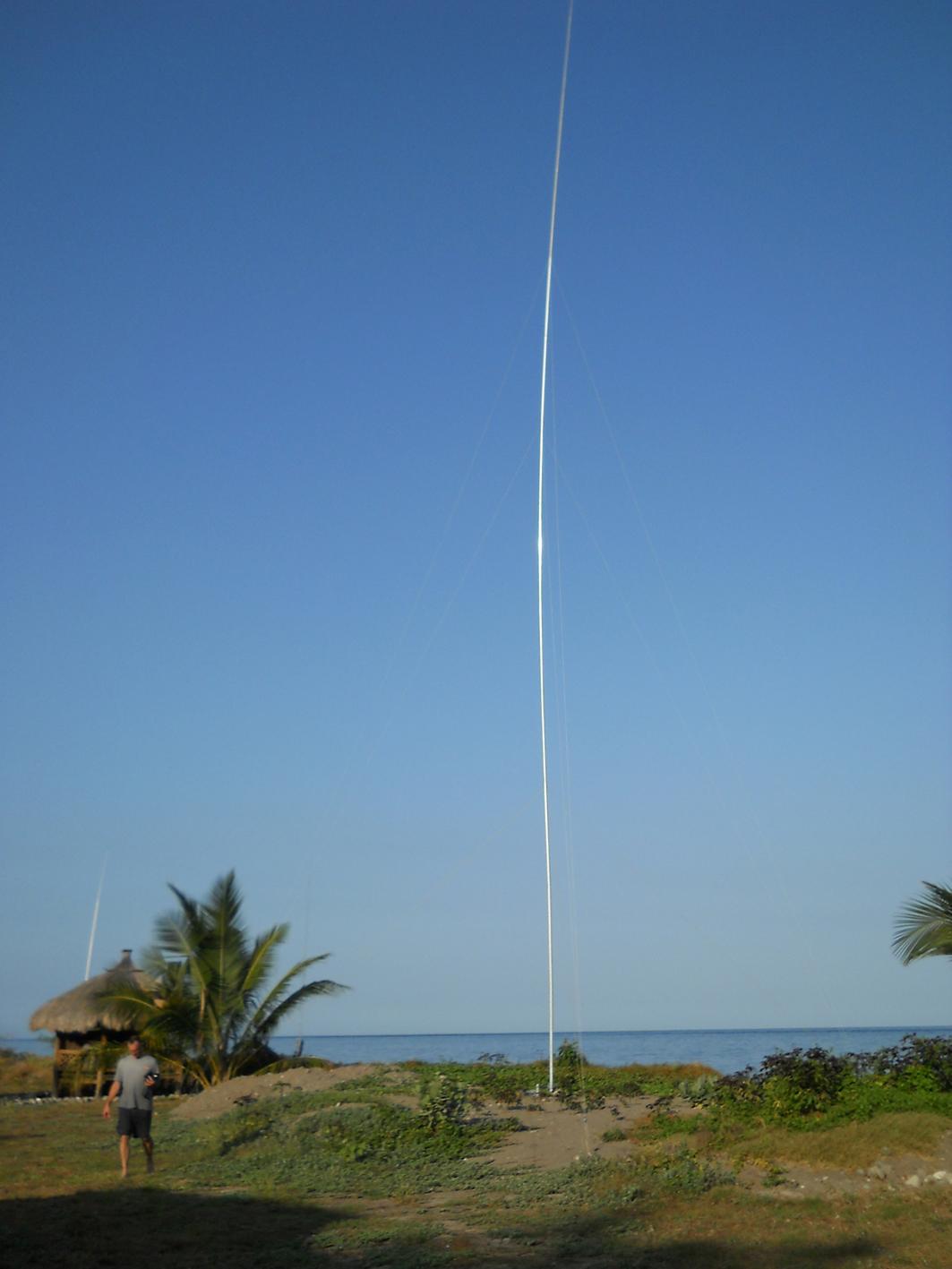 Propagation conditions can only be described as “superb”, especially on the higher frequency bands. The experience of team members in VK8 and 9M6 led us to think that all the bands would be very quiet from an hour or so after sunrise until a couple of hours before sunset each day, but nothing could have been further from the truth. For the first time since the previous solar cycle, 10 and 12m really opened up, with superb signals from North America – even the east coast and Caribbean area – as well as South America, Europe and Africa.

On 15, 17 and 20m we had excellent long-path openings into Europe and all the high bands – even 10m – stayed open until well after midnight local time every night. Simply unbelievable! After sunset all nine bands from 10 to 160m were open simultaneously, but with only four stations available (and only seven operators) we had to make some difficult decisions on which bands to use. We figured that 4W was most wanted on 160, 80, 12 and 10m, so these were the bands we favoured when they were open. 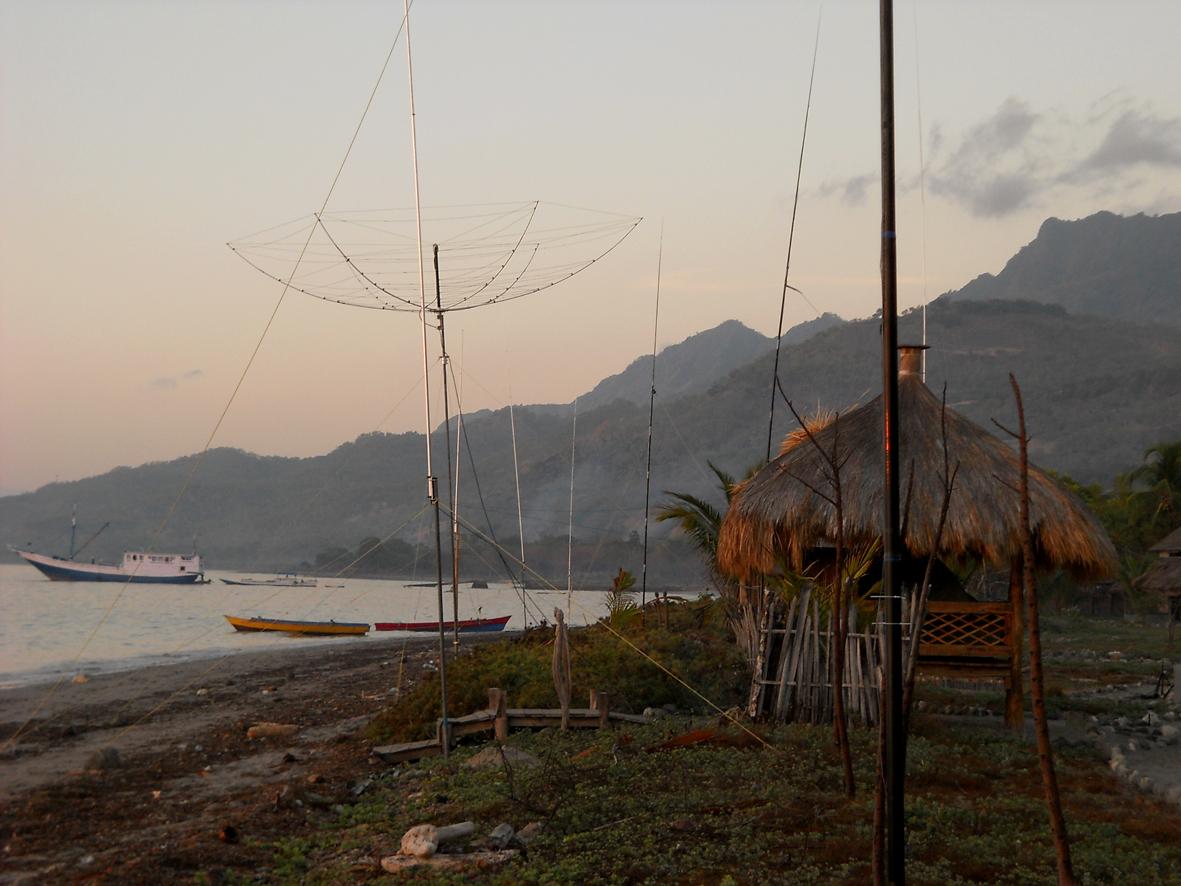 Before the DXpedition we were told that no-one on the east coast of North America had ever worked 4W on 160m. John, 9M6XRO, was therefore on 160m every evening at sunset, during the very short opening to the east coast. Propagation did not play ball every night but, when there were good openings, QSOs were made with KV4FZ, N3XX, N4WW, NX4D and N4IS. Many more North American, Caribbean and South American stations were worked on 80m, both on CW and SSB, as well as Europeans and a number of stations in southern Africa.

We made over 41,000 QSOs in total: for the statistical break-down, please see the tables. 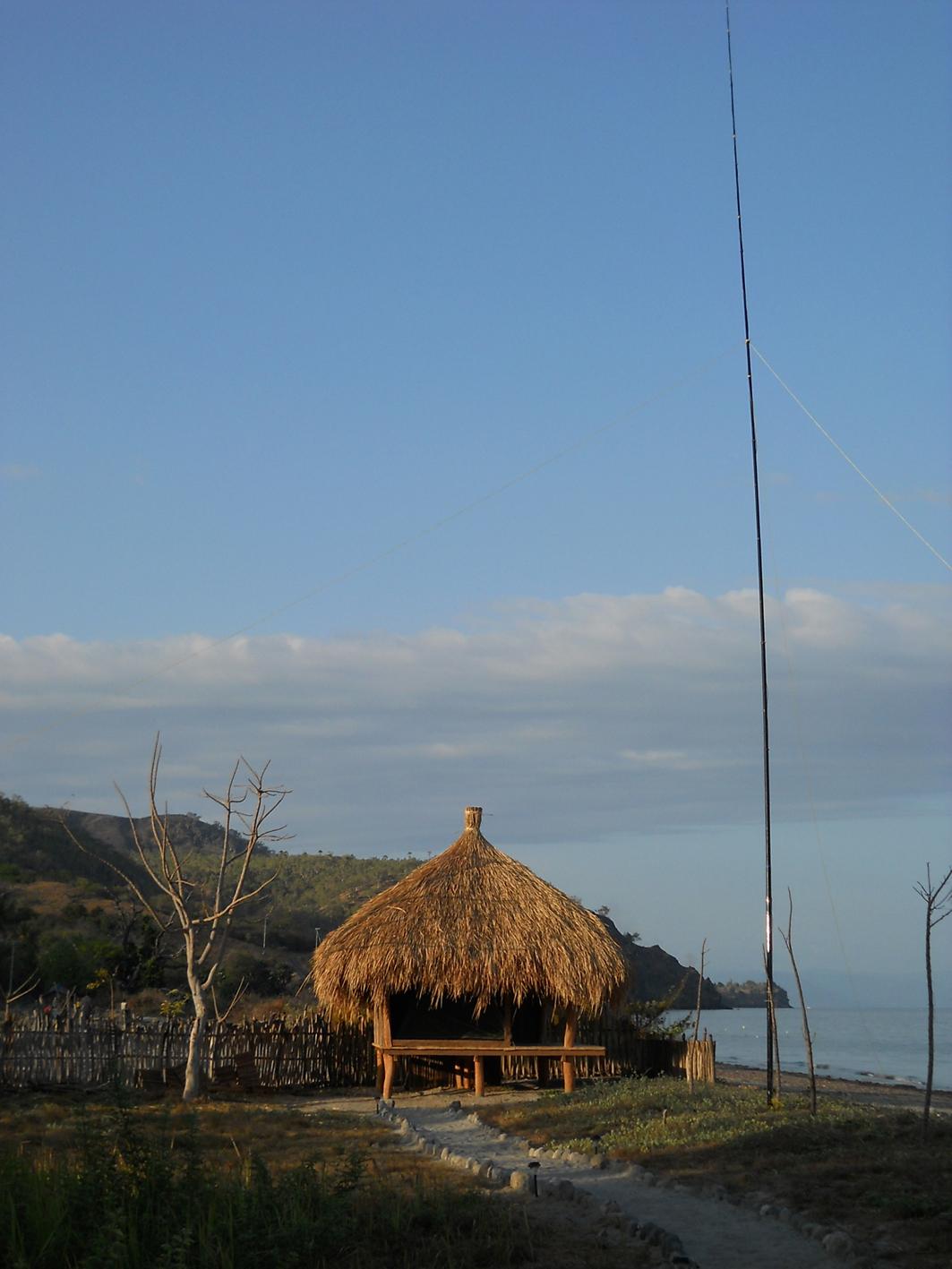 We are very grateful – and were somewhat overwhelmed – by the superb response to our request for sponsorship. A few DX clubs and foundations even volunteered sponsorship without our requesting it from them. What wonderful ham spirit! 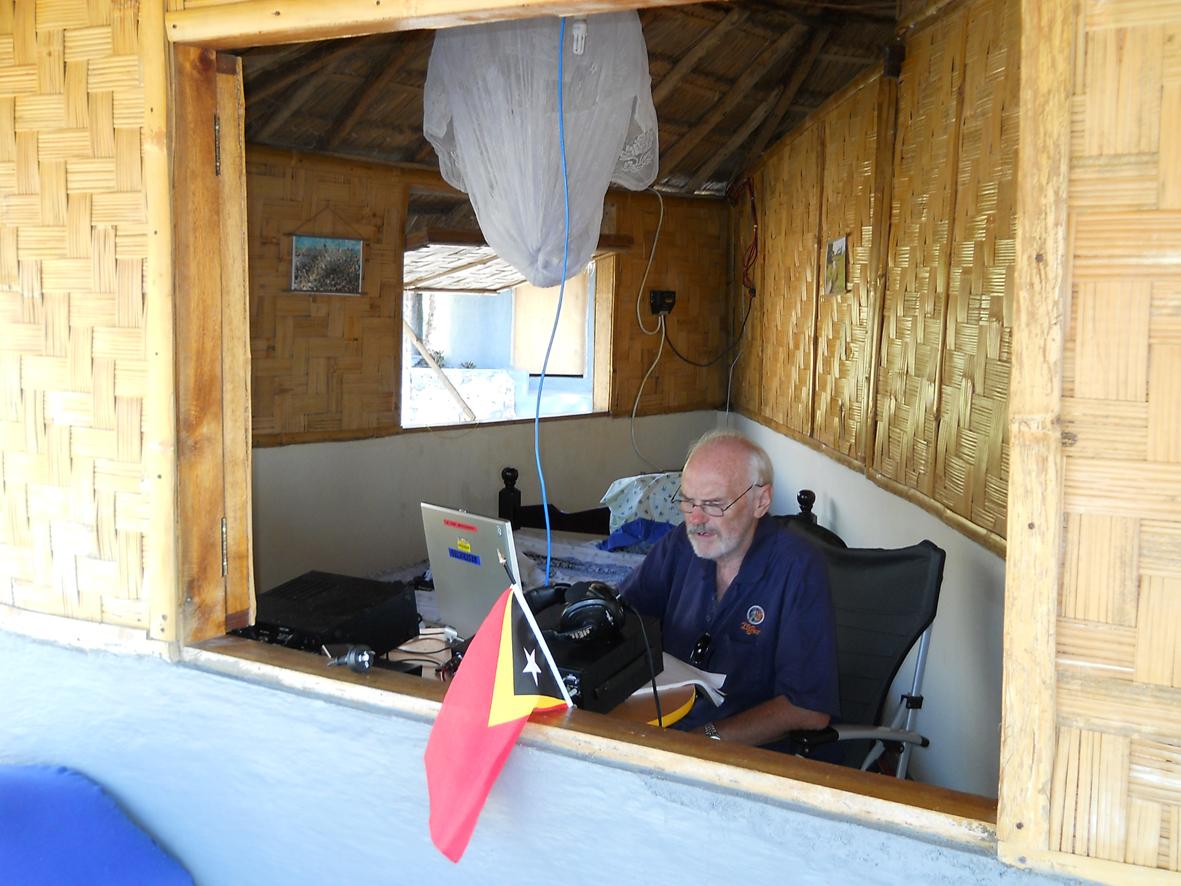 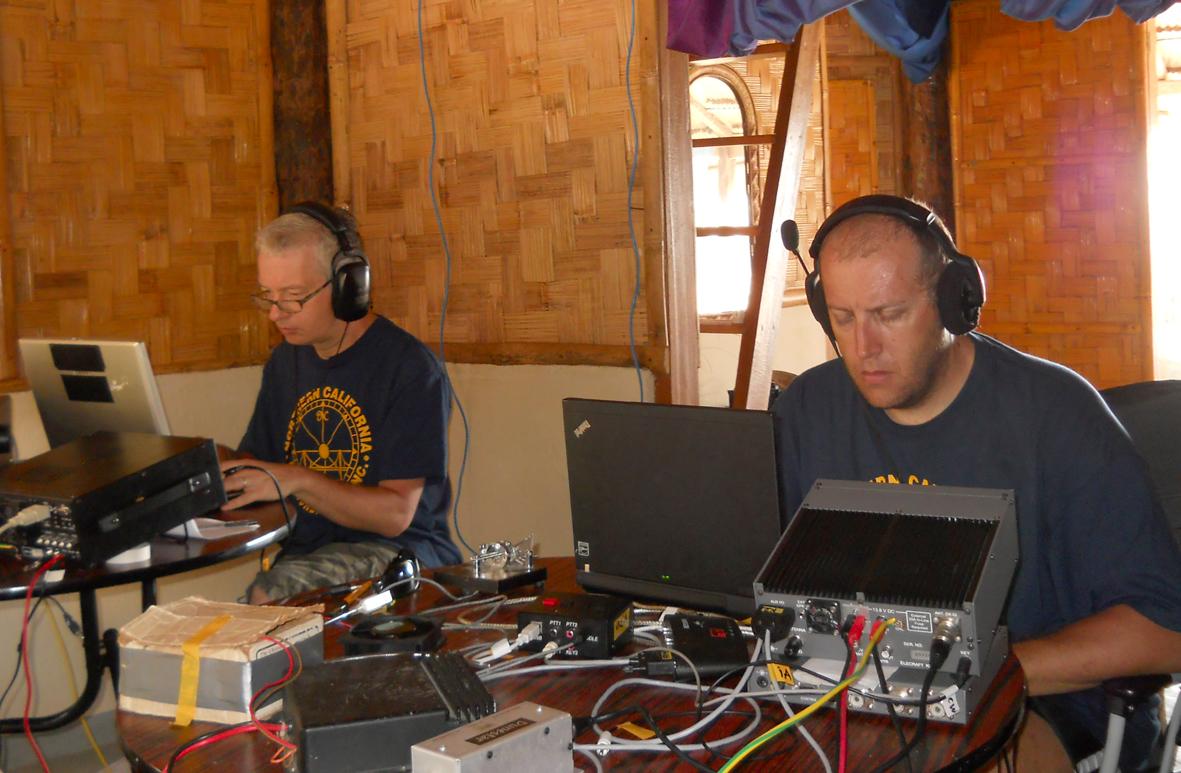 In addition, we received sponsorship from seven commercial companies and donations from around 90 private individuals before the DXpedition took place. All are thanked most sincerely: their names and callsigns can be found on our website at www.4w6a.com/sponsors 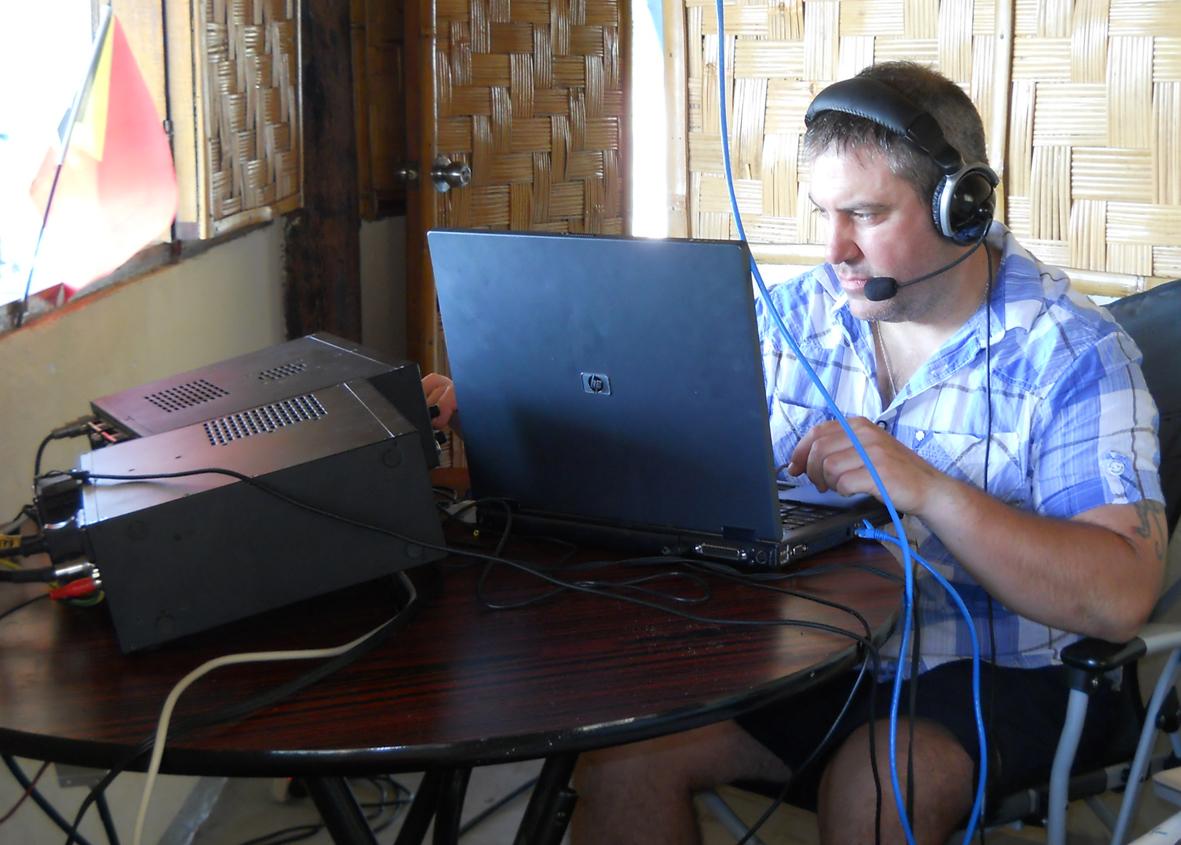 All the operators paid their own air fares from the UK, Malaysia and Australia to Timor-Leste, plus their own accommodation and food and drink costs both en route and in Timor-Leste itself. Thanks to the sponsors, though, we did not have to worry too much about the cost of shipping the bulk of the heavy equipment, including linear amplifiers, antennas and coaxial cable, from Darwin, Australia, to Dili in advance of the operation. Without the sponsors we would also have thought twice about the high cost of hiring and fuelling generators, and of transporting everything in a specially chartered boat. Finally, sponsors are helping to pay the cost of providing high-quality four-sided colour QSLs for those who worked 4W6A.

STATISTICS (with thanks to Clublog www.clublog.org) 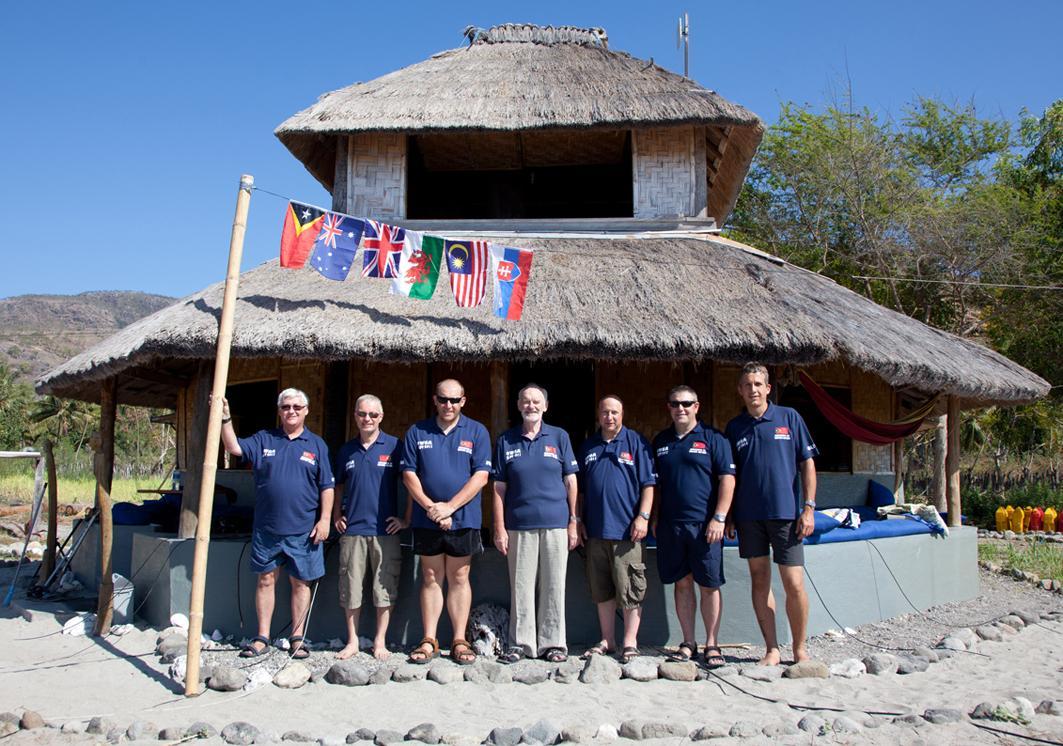