Jumping ahead without going into a lot of detail, the team flew to Halifax, our take-off point, in October 2009 and was turned back after several days due to unexpected extensive aircraft problems.  Then, again in December, 2009, we traveled to Halifax once again for an early December operation, and again, due to violent storms and long term adverse weather forecasts, we returned home.  Again, we re-grouped with lots of consultation as to the best odds of getting onto Sable and chose early March 2011 as our next effort.  Even though we experienced the discouragement of delay, we were not going to give up.  We stayed determined to assure that this dxpedition was going to happen.  Finally, we successfully landed on Sable on 5 March 2011 and the operation continued until departure on 14 March.

Early on the Halifax Amateur Radio Club offered to assist us when we traveled to Halifax, the take-off point for flying to Sable.  To help us meet our planning and day-to-day needs, Scott/VE1QD –representing HARC, assigned Gary – VE1RGB as our go-to guy.  What a wonderful friendship has developed. 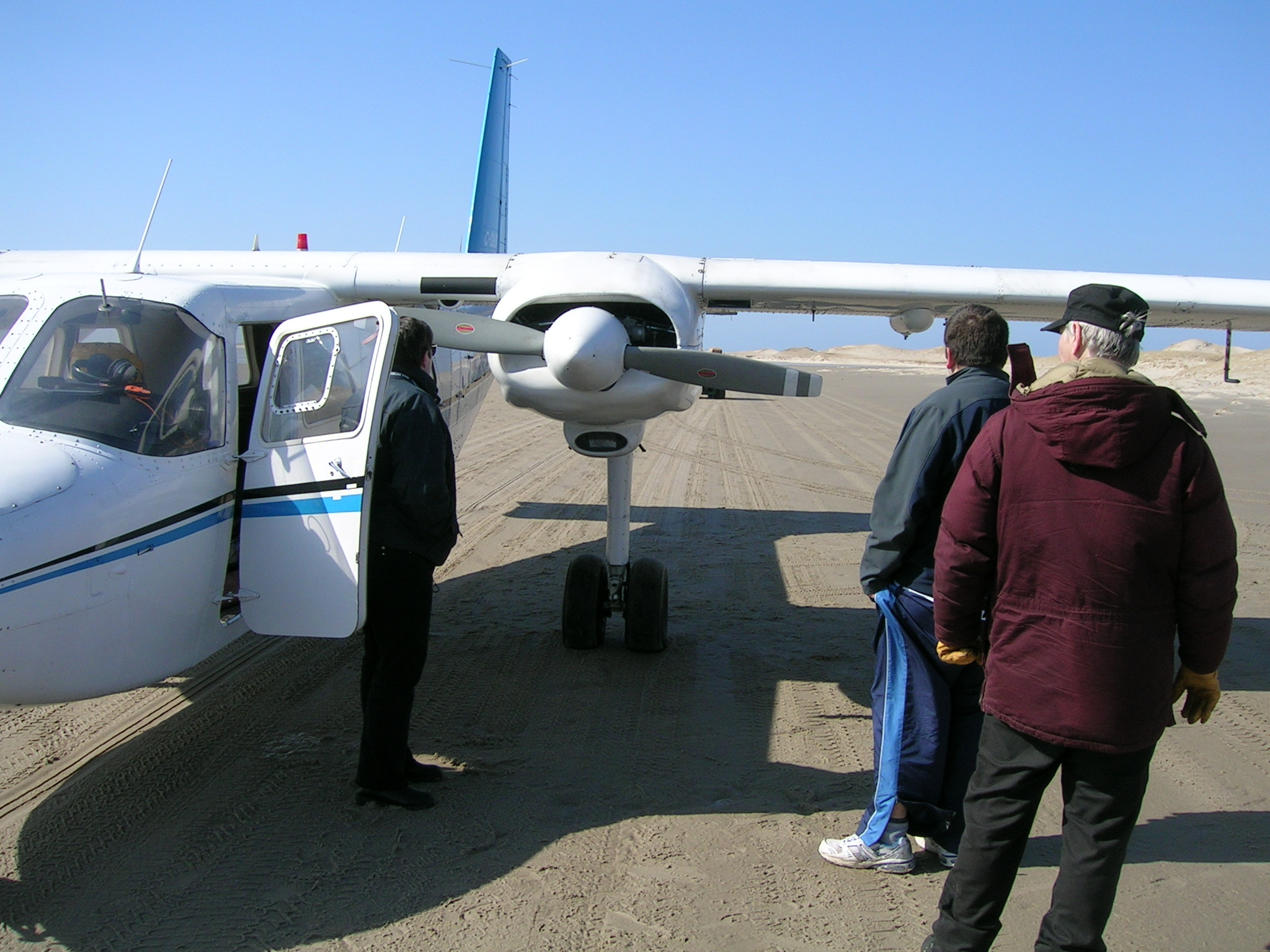 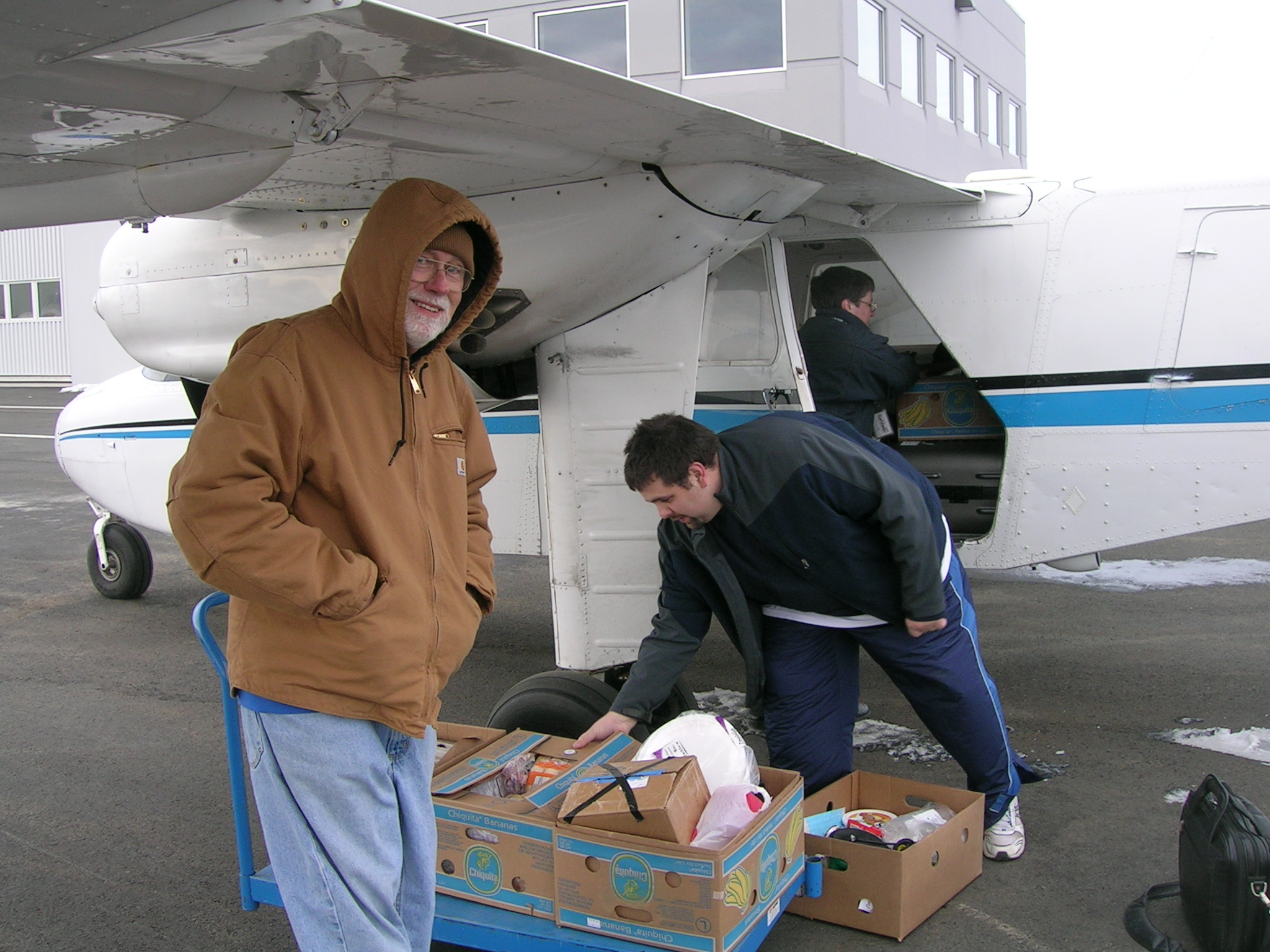 As the dxpedition was delayed several times, it became difficult to hold the same team together over time.  Business and personal matters for team members resulted in a turn over of the team. The final makeup was:  N0TG – Randy, K8LEE – Wayne, and N1SNB – Jeff. All of the fellows that were once planning to go contributed greatly to the final success, however. Their contributions in planning, providing funds, hardware, and encouragement by were foundational to the activation of Sable Island.  Thanks to WA4DAN, AA4VK (original organizers), AI5P, and VE1RGB, all who at one time were scheduled to make the trip.

This was a small team operation by necessity, driven by the only aircraft available and currently approved for flights to Sable , the Britten-Norman Islander, BN2. We were constrained to a total weight limit of 1400 pounds.  That limit is all inclusive, i.e., body weight, equipment, antennas, tools, food, luggage and personal items—-everything.  The weight adds up quickly and in fact we were 150 pounds over during weigh-in. Before takeoff we had to decide which items to off-load. 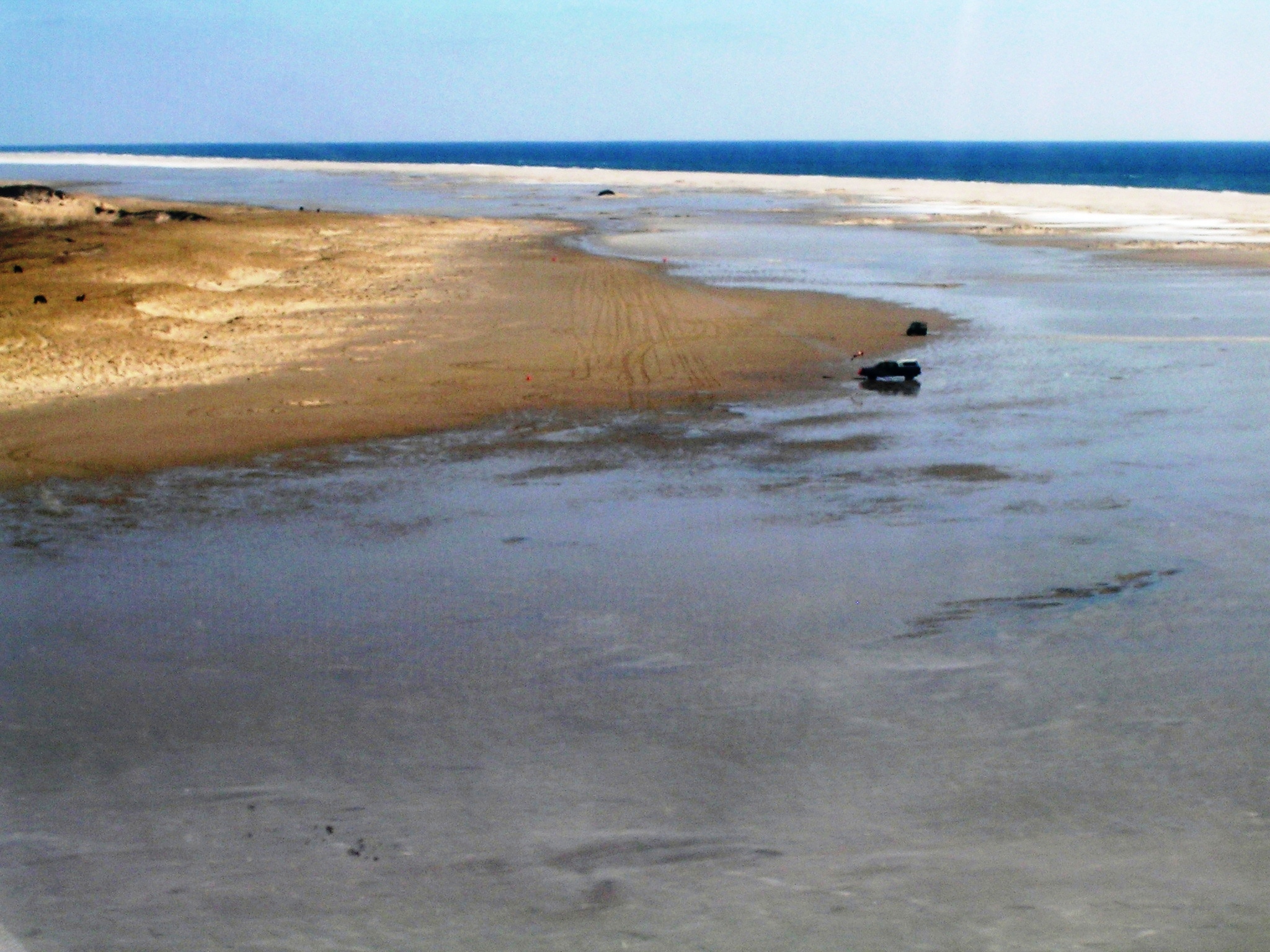 Two permits are required to access Sable Island.  Acquiring these was straight-forward.  Permission to access Sable was formally granted by the Canadian Coast Guard.  In addition, visiting Sable must also be approved and scheduled by the Officer-In-Charge stationed on Sable.  We cannot express fully our appreciation for the cooperation and manner in which these folks worked with us and the multiply rescheduling due to delays. A very special thank you is extended by our team to the Canadian Coast Guard, and the Sable Island Officer-in-Charge, Gerry Forbes and also to Al Wilson on Sable Island on a three month rotation with Mr. Forbes.

Antennas were vertical dipole GAP Monobanders, one for each band 40m through 10m.

80m and 160m were served by inverted “V” dipoles with the center at 38 feet.  Also, we had a ladder fed dipole cut for 80m used on all bands, designed and fabricated for the dxpedition by VE1RGB.  We had hoped for higher performance antennas for the low bands, but weight and logistic matters became issues.  Dealing with setting up the antennas on Sable was a challenge due to the wind and cold temperatures  Each antenna performed quiet well. Radio equipment consisted of three 100 watt transceivers and amplifiers for each radio. 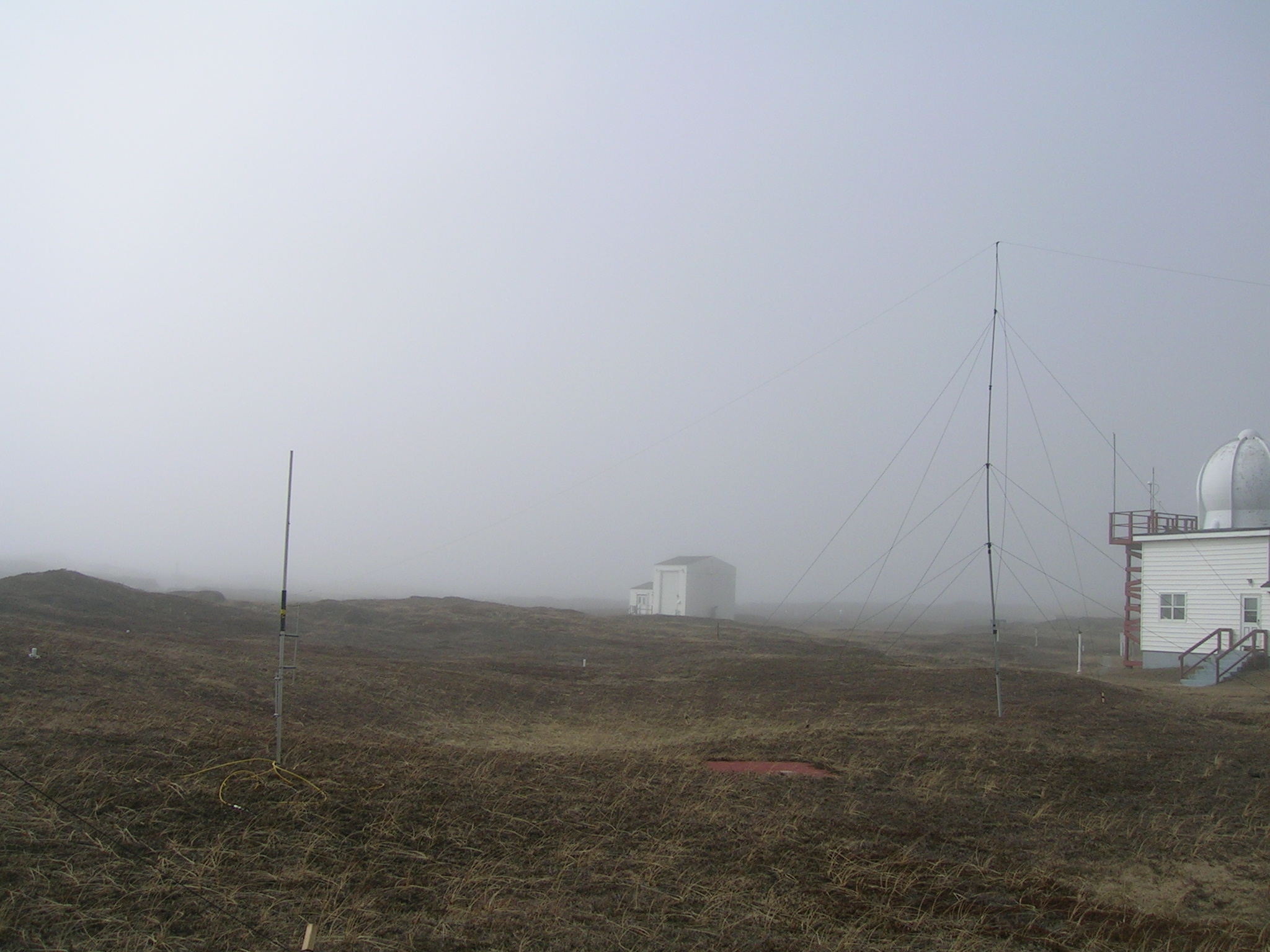 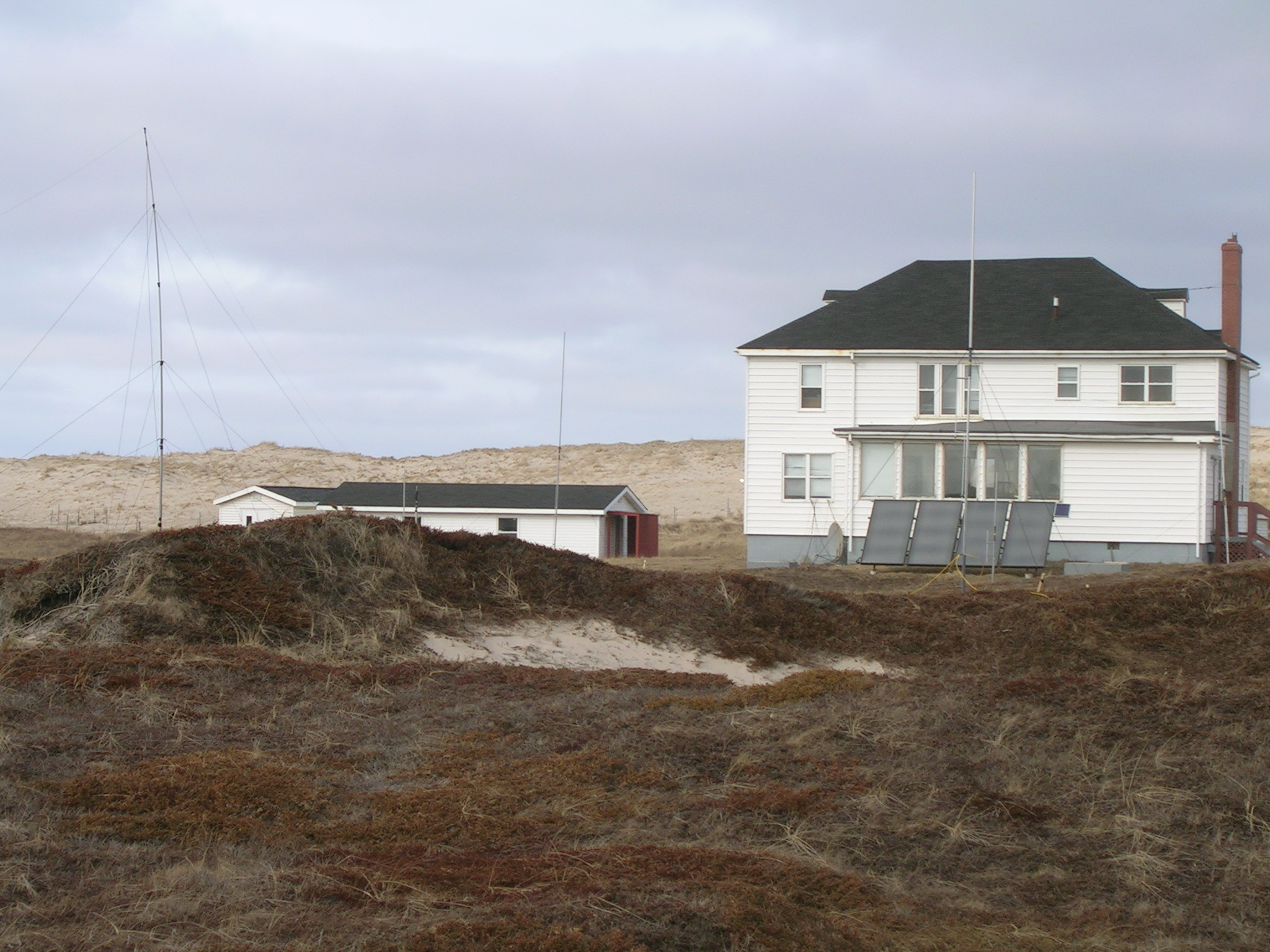 The pileups were quiet large and never let up.  A three man team with more than three bands open most of the time, created quite a challenge to satisfy the demand. We tried the best we could to work all the bands. Shown below is the summary by band and mode for the 24,117 contacts logged.  We intended to operate more SSB than logged, but several days into the operation Wayne and I developed severe colds and we absolutely could not use our voices. 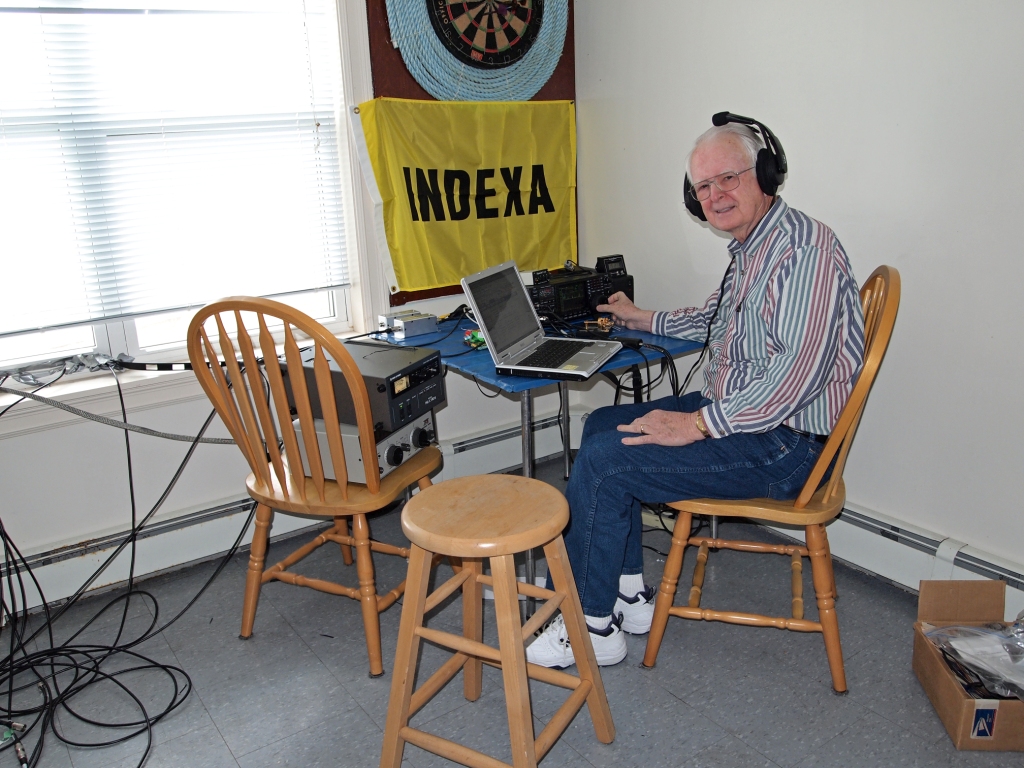 It was frustrating at times to know that many desired us to be on a particular band/mode at specific times.  We simply could not be everywhere and tried our best to balance the operation.  For the week we were there, we each operated over 100 hours.  There was little time for sleep or being away from the radio.  The operation quickly turned into “work”.  However, we are all thrilled to have had the opportunity to visit Sable and thankful to the many that encouraged us and also for those who assisted financially.

THANK YOU “Clipperton DX Club” for generously supporting the dxpedition.  The financial support was very helpful.  Additionally, you were an encouragement and kept us upbeat and determined. Thank you! 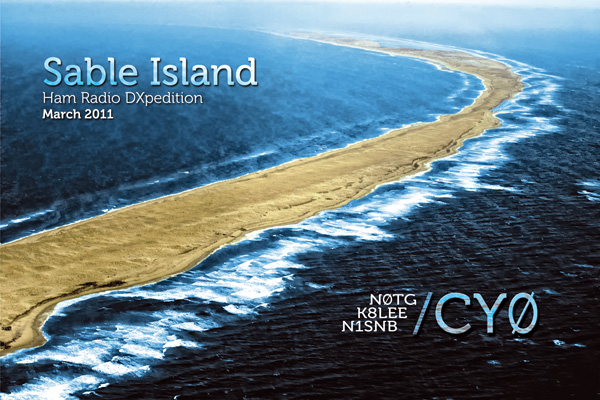